Every time I look at my favorites list from 2003, it makes me smile. It’s like a time capsule, a little slice of who I was at a certain time, in a certain place. I want more of those time capsules — so I’m picking the tradition back up. Plus, ya know, ’tis the season.

No doubt about it — Gravity gets top prize. Hands down, my favorite movie of the year. Because holy shitballs this movie was amazing. From the “how did they do that?” visuals to the powerful, INTENSE story. I have some friends who’ve criticized the movie for not being realistic enough. “Well, that was just too coincidental, that XY and Z happened.” But to me, this movie was a parable — a classic hero’s journey, told through a modern lens. And as that, it’s just about perfect.

Runner up? The World’s End. British comedians, creepy robots, epic bar-hopping — what more do you need? This movie cleverly incorporates themes such as addiction, sobriety, and the pains of growing up, all under the guise of an alien caper. It was by far my favorite of the Cornetto Trilogy.

Considering that I devoured the entire MaddAddam trilogy in about two months — um, yeah, those take the cake. But top of the list would be Oryx and Crake. As I said in my review, I loved Snowman as a narrator, and I love the slow reveal of the entire book, the gradual build-up and creeping horror. Plus, for our anniversary Byron got me this: 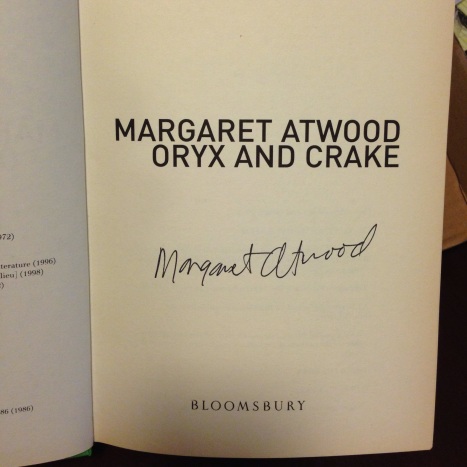 Other memorable reads? The Ocean at the End of the Lane. Civilwarland in Bad Decline (depressing as hell, but it sticks with you). And in the “I can’t remember if I read this in 2013 or the end of 2012, but I’m counting it anyway” category — Blackbirds by Chuck Wendig.

Musically, one lady dominated my year: Janelle Monáe . “Q.U.E.E.N.” was my jam pretty much all year long. Plus, she put on an ah-maz-ing show, complete with crazy crowd-surfing. 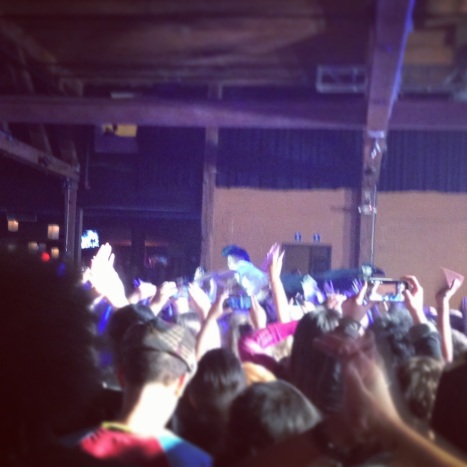 If you haven’t checked out her entire album, The Electric Lady, do it now. Full-on fantastic from start to finish.

Paddle boarding in Hawaii. Neil Gaiman’s reading. Beating a 10-minute mile while running. Weirdly, all the yard work we did this summer (someday the novelty will wear off, but it hasn’t yet).

Oh, and DUH! Attending Margaret Atwood’s reading — and getting up the courage to ask her a question.

I love that this was a category we decided to include in 2003. Priorities? We got ’em.

This summer I became obsessed with the Lil’ Bean Burger from Zippy’s Giant Burgers. It is cheesy and saucy and oh why yes I had one for dinner last night.

These pork tacos. WITH the pickled onions. If you have a slow cooker, make this now. NOW. WHAT ARE YOU WAITING FOR?

And… I guess that about wraps up my year. We’re ending on tacos, folks. It seems appropriate.

(What WILL be a favorite of the year — finishing the first draft of my book. Which is progressing. 11,000 words written in the past month. It is so close I can taste it. 15 more days. 15 more days.)